Skip to content
Any recipe with the title “secret ingredient” may raise some eyebrows but I’m hoping your curiosity will give the desire to give this recipe a try. Zucchini pasta is a nice, low carb, low fat, naturally gluten free substitute for pasta. I used my veggie spiral cutter to create “pasta” out of the zucchini and squash. Now, for the secret ingredient…. CAULIFLOWER! Yes, believe it or not, cauliflower has the ability to taste so different depending on what you do with it. Cauliflower in pizza crust is awesome; cauliflower steamed plain.. not so much. Cauliflower smells awful cooked but aside from that, it takes on a variety of flavors in recipes. In this recipe, the cauliflower takes on a wonderful garlic flavor that in a strange way resembles alfredo sauce. The best part is there is no heavy cream, fatty milk, etc in the sauce so you can feel good about eating it. The next best part is that this recipe is completely natural/vegan/paleo/etc. I served some grilled chicken on top of ours but shrimp would work well too. Also, it tastes just great without meat or cheese for those eating a vegan diets. This makes 4 servings. 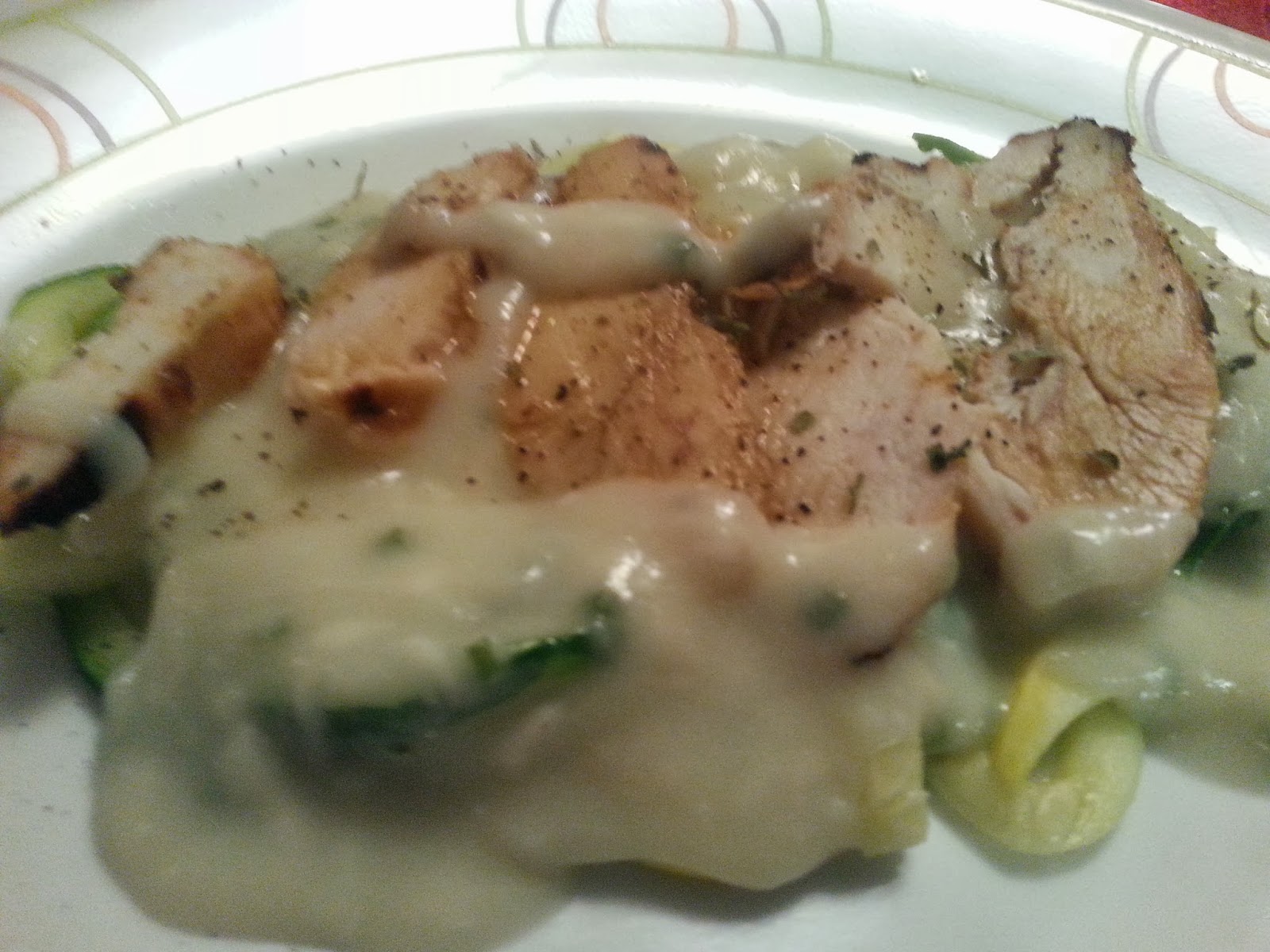