Skip to content
For Christmas this year, my mother-in-law made these great looking little potato skins for an appetizer. They were just potato skins, stuffed with bacon, cheese and onions. I of course couldn’t eat them because of the cheese and onions so I decided to make my own! We don’t eat a lot of white potatoes and I’m currently on a non-dairy diet so I modified this quite a bit. They turned out really great though. They would be perfect for a game day snack or party food. Plus they are made with more natural ingredients so you don’t have to feel as guilty for eating them! This makes 8 potato skins. 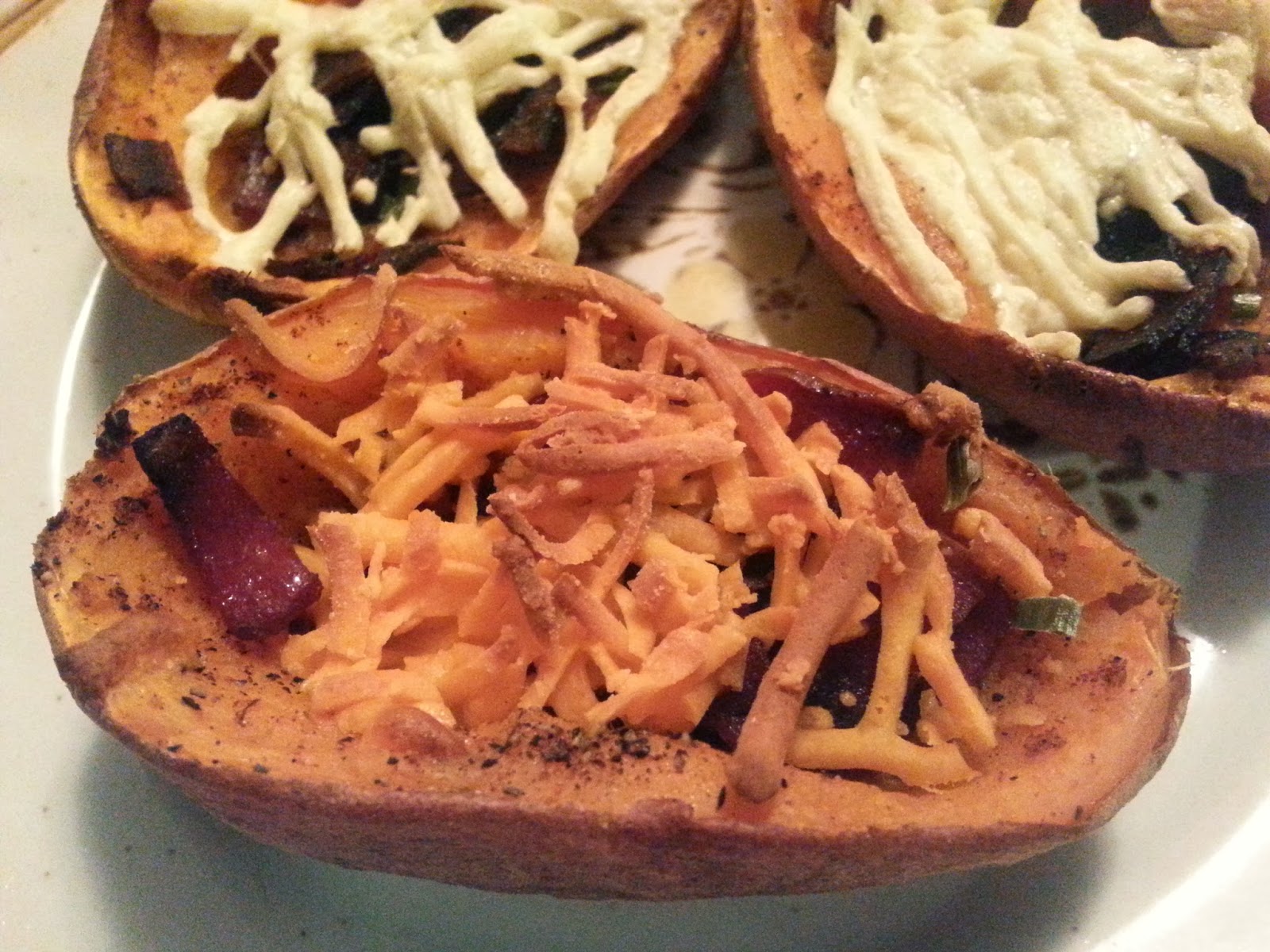 One thought on “Sweet Potato Skins”