Skip to content
This recipe was kind of a brilliant mistake. We were going to dinner at a friend’s house so I decided to make a dessert the night before. I made my traditional strawberry-rhubarb crisp but I had a LOT of extra crumb topping leftover so I decided to make another small batch. Only problem was I was out of strawberries and apples. I did have a BUNCH of cherries that needed eaten and a couple pineapple slices. That’s how this lovely concoction was made. It is just the perfect amount of sweet and tart flavors and really just screams summer with the fresh fruit taste. 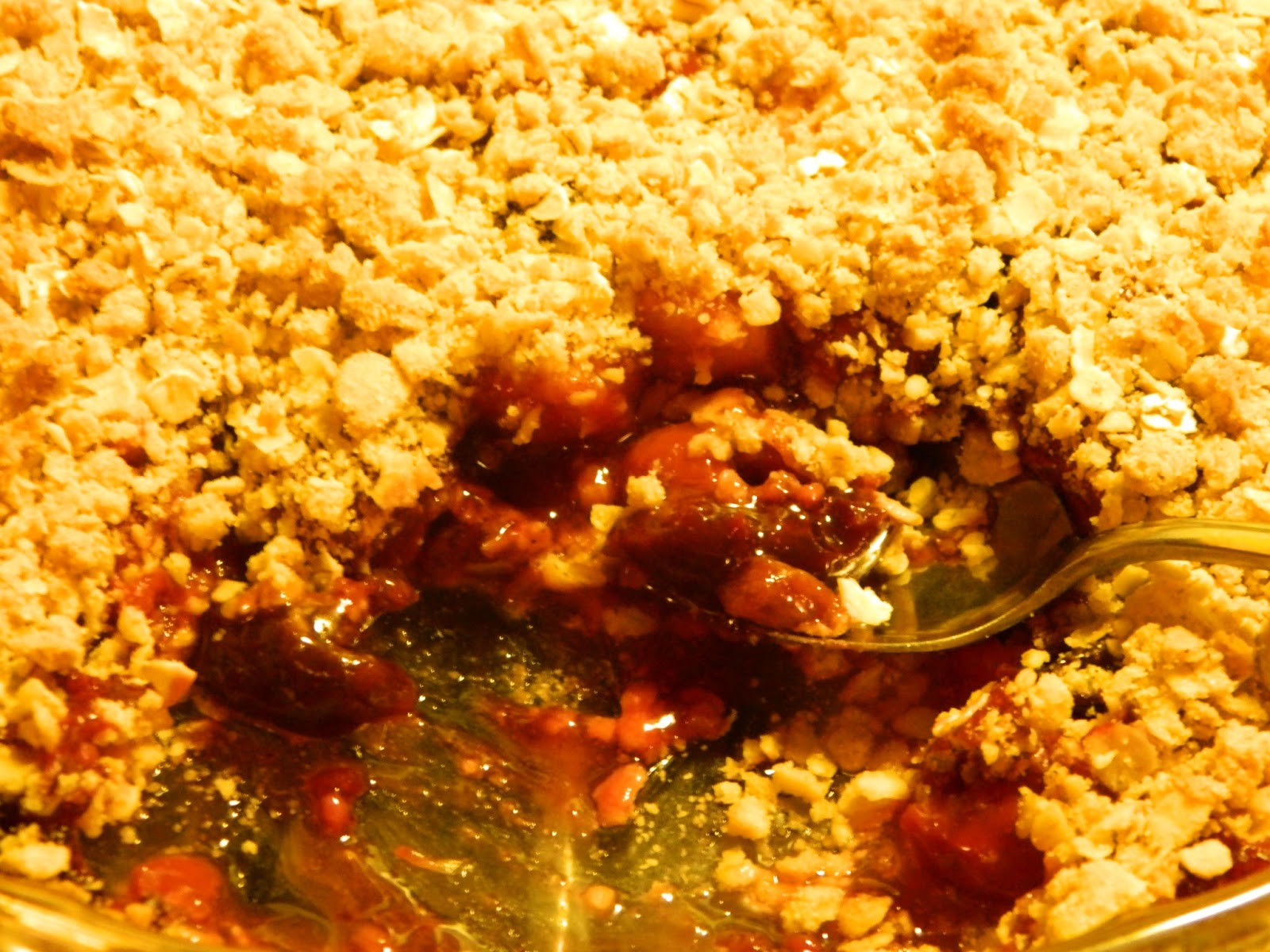 2 stalks of rhubarb, diced (about ¾ cup)
2 cups of cherries, halved (pits removed – could also use 2 cans of cherries)
2 slices of fresh pineapple, chunked (about ½ cup)
1 Tbsp honey or other sweetener
1 tsp cinnamon
Topping 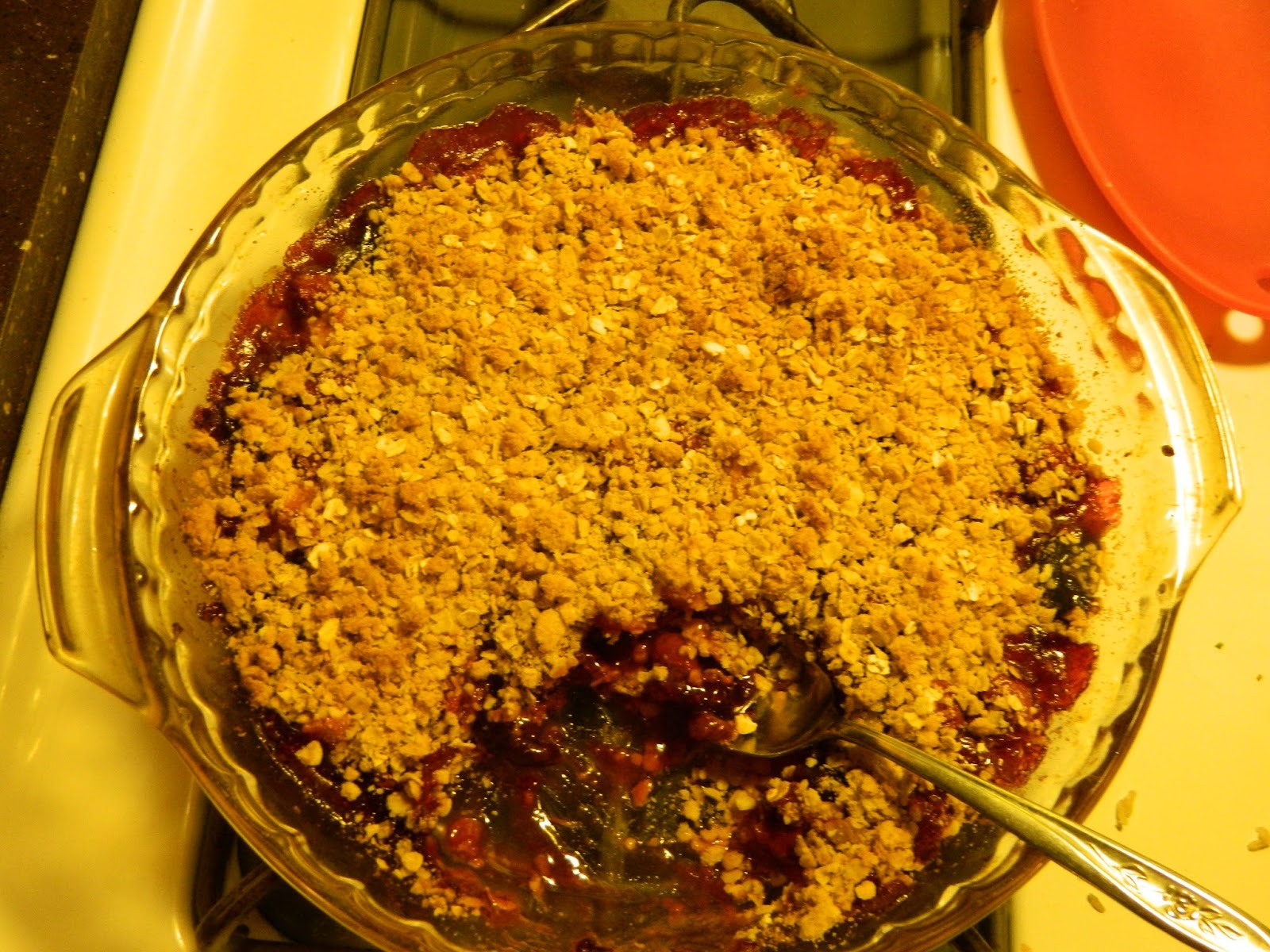