Skip to content
I know it’s fall and everyone is giving out recipes for pies, cakes, warm dishes, etc. Just because it is getting cooler outside doesn’t mean you can’t have a cool refreshing dessert sometimes to. Plus, my son’s go to dessert is either popsicles or ice cream – no matter what time of year it is. Anyway, I caved into his constant begging for ice cream but gave it a fall twist. I also added a little cheat by topping his with caramel sauce – of course that was the best part to him! To make this I used my YoNanas maker – it is awesome! It takes frozen bananas or other fruits and turns them into something wonderful! You could also make this using a high powered blender. Either way, grab a few extra ripe bananas at the grocery store and freeze them for future ice cream nights. This makes one serving 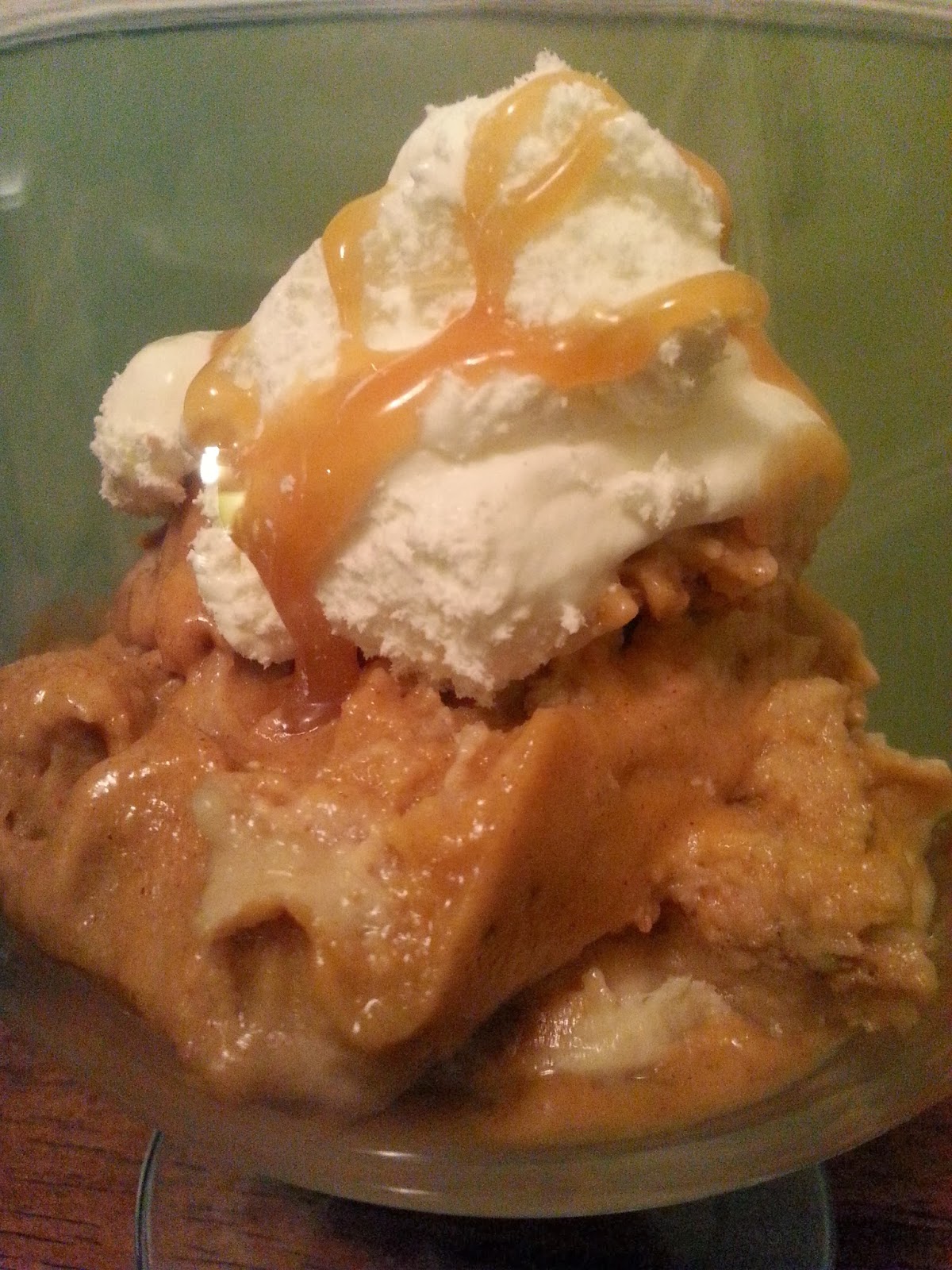 1 frozen banana, broke in half