Skip to content
This was a challenge… a big one. I have always had a hard time with pumpkin pie. My mom makes an AWESOME pumpkin pie. My absolute favorite pie. I’ve tried to mimic her recipes (homemade pie crust included) and always burn it or under cook it. It’s tricky. This recipe was even worse as I had no idea what I was doing when I started. I knew what the basic pumpkin filling needed to have and how I needed to modify it. The pie crust was the worse though. A typical pie crust is buttery, flakey and delicious but full of fat and gluten. I decided to go with a nut crust instead. It is still full of fat – but good fats. I added the oat topping for my husband as he is not a huge pumpkin fan. This will be our go to for Thanksgiving dessert. Go ahead – add it to your holiday menu too! 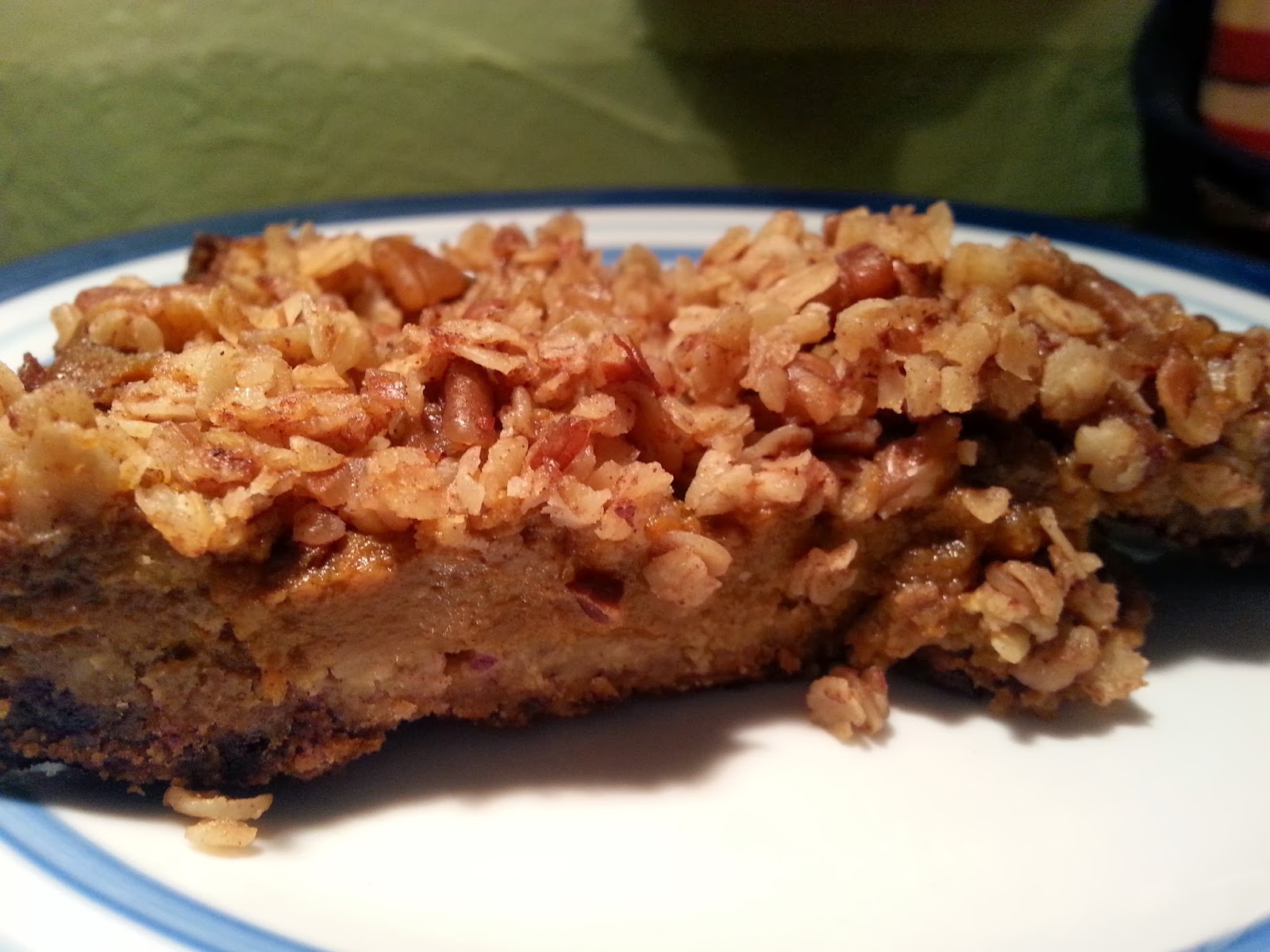 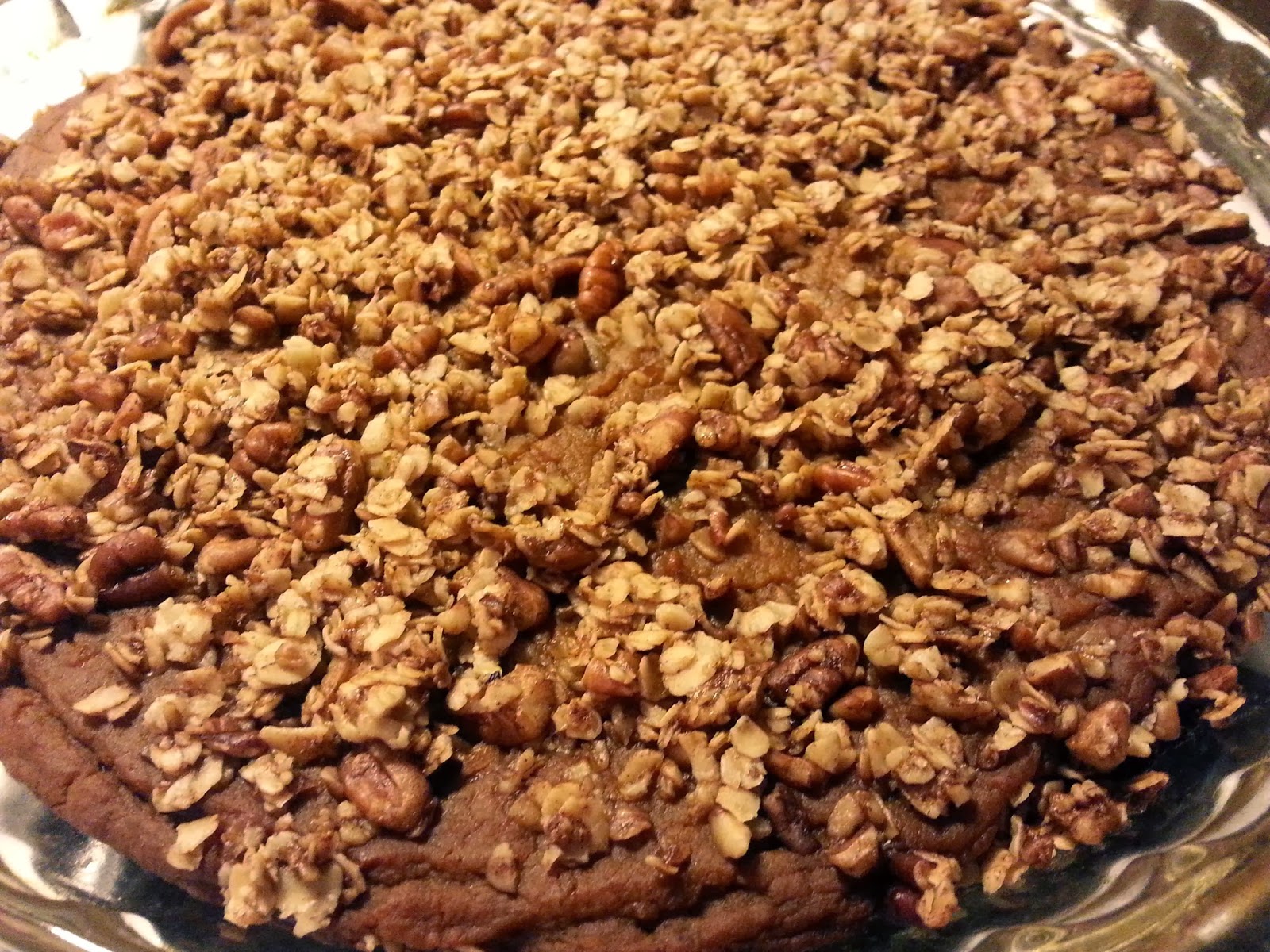