Skip to content
I am not kidding when I say that this is the best French toast I have EVER made. And trust me – I’ve made a lot of French toast! For some reason, this is the first time I’ve attempted since going gluten free a few months ago. I had some bread I needed to use up quickly and this turned out to be the perfect way to not waste it! I’m thinking this may be on our regular menu for the fall… 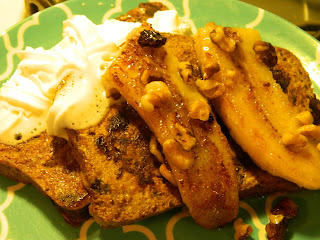